This guide is our tried and true places to eat, that rarely fail to impress. If you want a specific recommendation for a particular style of food please ask us.

We support locally owned restaurants.  Chains are great, but shopping and dining local has soul and substance.

Home of the Fish Tale Ale and many other local microbrews, this little pub is both a great watering hole and place to eat. With a healthy selection of snacks and sandwiches that are sure to satisfy, the Fishbowl is a great place to just kick back and relax. The Hoppy Hour is the best, stops at 5pm when the whistle blows!

Using well 80 they even brew a couple of beers that pay homage to Olympia Beer. Great popcorn and tots!

A simple walk north on Central, you will find a great little neighborhood pub. Limited menu of burgers, fish and chips, hot sandwiches, while featuring rotating beers on tap.

Featuring a fresh Oyster Bar, and other locally sourced seafood, there are still a variety of other options. Located on the water at the end of Percival Landing.

This is our to go place for latin/mexican food for our family. Great service and generous portions.

I just want a coffee and a snack.

It is where we get our beans from. “Fair for all”, they know their coffee! Try a single origin, or their public cupping on a Friday at 10am.

Can’t afford a trip to France? No worries, this patisserie will take you their via you taste buds. French trained, the pastry chef is as good as they come. A truly unexpected delight that will have you coming back for more (stay with us when you do!).

Finer Dining, but not snobby.

Our favorite place in town. Impeccable service. Great food. A desert tray to die for. Tell them you are staying with us! Seasonal offering, along with steaks, seafood and pasta.

Seasonal food and craft cocktails, from a family that literally owns the farm. Located in the wonderful Market 222 building.

This is the place to go if you are following a Gluten Free diet. Authentic Sicilian menu.

I am just hungry!

You can’t beat goop. This amazing sauce graces the burgers at Big Tom’s. This place is an institution in Olympia. Real onion rings, crinkle fries and thick shakes pair up with good old fashioned burgers. The wait is a little longer than the “chain” burger joints, but it’s worth the wait–they are actually cooking your food right when you order it. Limited outdoor seating. Sit in your car and eat it!

How an outdoor enthusiast could spend the day in Olympia 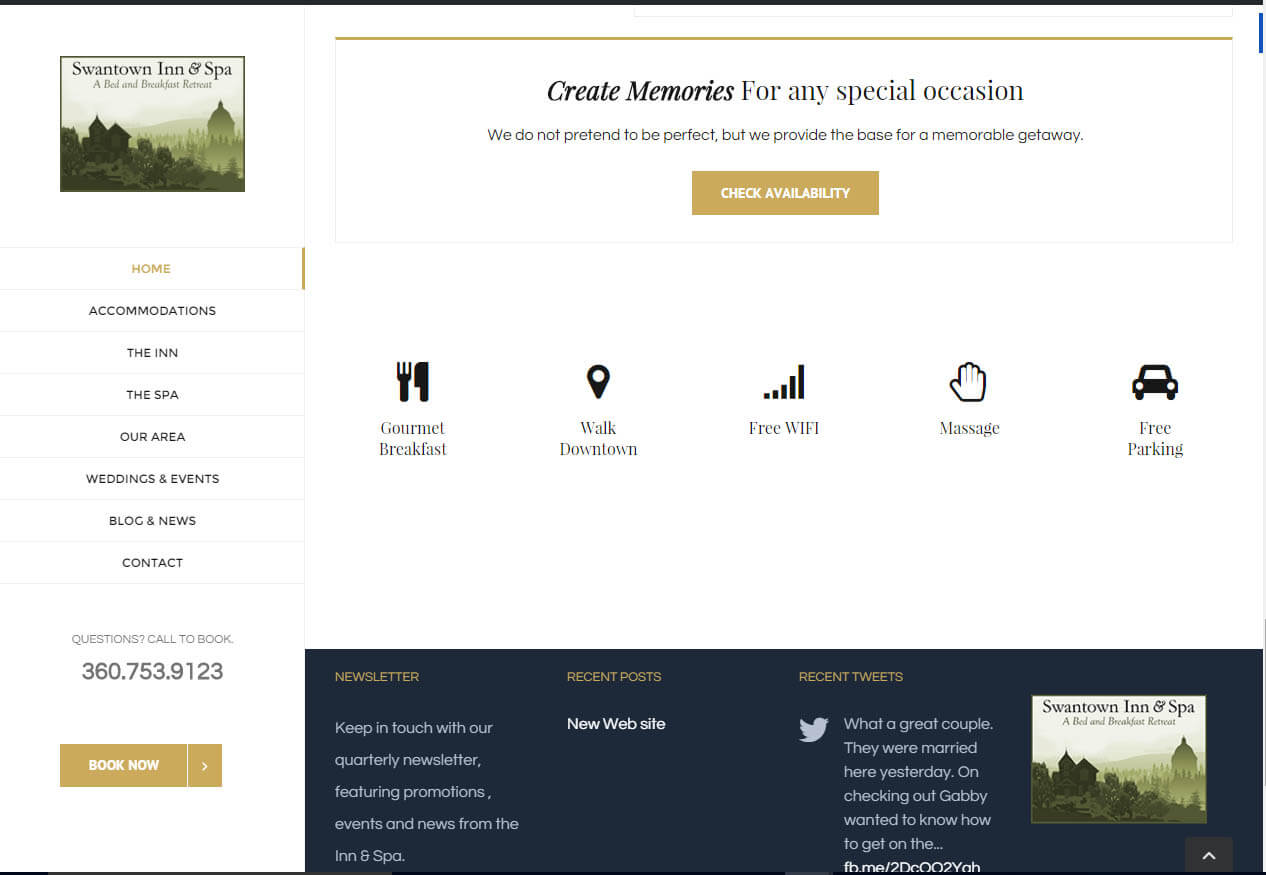