We recently were lucky enough to have Amy apply to work at the Inn’s Spa. She has quickly made herself at home and is receiving rave reviews from happy guests. 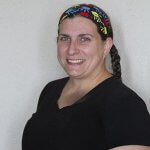 After ten years of desiring to become a massage therapist, Amy attended Ashmead College in Seattle, graduating with honors in May, 2003.

She began her career in bodywork at an international day spa in Seattle, where she worked for a number of years, providing therapeutic massage, hydrotherapy, aromatherapy, and elaborate spa applications.
From there, a return home to southern California, a five year stay in Idyllwild, , as the town’s premier therapist, and then a return to WA, this time to Olympia.
In Olympia, Amy worked as an insurance credentialed provider at a popular downtown clinic for many years until it shuttered it’s doors. Insurance changes closed many clinics around town, from those changes she has formed a loyal client base whose homes she visits for mobile on-site work.
Amy is an instructor of Kinesiology and Massage Theory & Practice at Bodymechanics School of Myotherapy & Massage, here in Olympia.
In addition to injury treatment and clinical work; Amy is proficient in pregnancy massage, Hawaiian hot stone, Lomi-Lomi, cupping, polarity, and soon to be trained in Thai massage!
In addition to healing bodywork, Amy is also a visual artist, and enjoys getting out for a hike, a bike ride, or camping, and enjoys time with her husband and their two boys.
Amy loves what she does and it shows in her work!

Being Green or Environmentally Friendly

This website uses cookies to improve your experience while you navigate through the website. Out of these cookies, the cookies that are categorized as necessary are stored on your browser as they are essential for the working of basic functionalities of the website. We also use third-party cookies that help us analyze and understand how you use this website. These cookies will be stored in your browser only with your consent. You also have the option to opt-out of these cookies. But opting out of some of these cookies may have an effect on your browsing experience.
Necessary Always Enabled
Necessary cookies are absolutely essential for the website to function properly. This category only includes cookies that ensures basic functionalities and security features of the website. These cookies do not store any personal information.
Non-necessary
Any cookies that may not be particularly necessary for the website to function and is used specifically to collect user personal data via analytics, ads, other embedded contents are termed as non-necessary cookies. It is mandatory to procure user consent prior to running these cookies on your website.
SAVE & ACCEPT